This past week, another terrorist attack occurred on American soil when an apparent Islamic Jihadist attacked and killed five American servicemen.  And yes, I will call it a terrorist attack by an Islamic nutjob even though our President will not.

We also found out more that we bargained for with Planned Parenthood selling aborted baby parts.  Isn’t it about time that the government quits funding this butcher shop that has conservatively killed 54 million babies in the past 50 years? 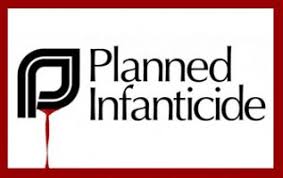 And yet we are told to be “tolerant” of other people’s beliefs and value systems.  But why then:

And even though there has been some horrendous murders in the past couple of months of unarmed people, there are more calls for banning law-abiding people the right to defend themselves.  Let’s remember the following:

“The right of self-defense . . . is founded in the law of nature, and is not, nor can be, superseded by any law of society.” Sir Michael Foster, 18th Century Judge of the Court of King’s Bench

“If our lives are endangered by plots or violence or armed robbers or enemies, any and every method of protecting ourselves is morally right.”- Cicero

“Any government that does not trust its citizens with firearms is either a tyranny, or planning to become one.” – Joseph P. Martino

“After a shooting spree, they always want to take the guns away from the people who didn’t do it. I sure as hell wouldn’t want to live in a society where the only people allowed guns are the police and the military.” – William S. Burroughs

Be well, my friends…

Tom Roland is my pen name for this blog. With that in mind... EE for 35 Years, Two Patents - now a certified PMP. Married twice, burned once. One son with Asperger's Syndrome. Two cats. Conservative leaning to the Right. NRA Life Member.
View all posts by Tom Roland →
This entry was posted in Uncategorized, Where is all this stupidity coming from? and tagged Chattanooga, Offended, Planned Parentood, Self-Defense. Bookmark the permalink.