Let us all now pause and thank these soldier / citizens, both living and deceased, those that came home and those that did not, for their service to their country and countrymen.

One must say that those that joined and those that stayed behind during this world-wide conflict were connected by a sense of intense Patriotism, a love of our country, and the belief that if you worked hard, had some luck & opportunities, one could get ahead and not only better themselves, but their families as well.  This was different that Europe and other countries where one could not jump from one income class to another.  This, my friends, is one of the benefits of being a citizen of this country.

Our country’s Founders created a system of government unlike any other.  Attached to the Constitution is the Bill of Rights, thus defining not only how the government is to function, but the Rights of the Citizens which supersede those of the government.  However, those in government have forgotten this, and We the People have let them get away with it. 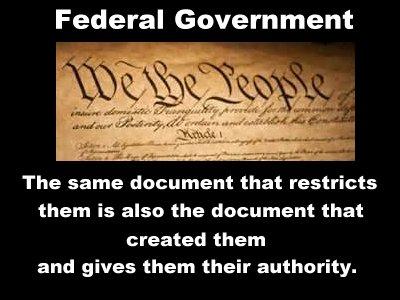 While I have been giving an inordinate amount of attention to the Affordable Healthcare Act (aka Obamacare), we also need to understand that this legislation is but one more law that our elected leaders are using to chip away at what little freedoms they have deemed to let us keep.  Remember,

Every law or regulation that is passed must be funded by the taxpayer in one way or another, and will most likely take away either a freedom of choice or infringe upon a right. – Tom Roland

For instance, our freedom of speech is restricted.  Before you get all bent out of shape with that statement, think about the following:  You cannot stand on the steps of your local City Hall and give a speech without a parade permit and not be warned by the police to disperse.  Same with launching a protest down Main Street.  You are only given a few minutes during a city council meeting to state your case, and if it is something that the Council does not want to hear or if you go over time, you can be forcibly removed.  Indeed, our ability to voice our thoughts is restricted by Hate Speech and Hate Crime legislation of which enforcement can be subjective to the political and ideological parties in power.

A far cry from the protracted debates and speeches that marked not only the founding of the country, but the input of the citizens upon the government that was to govern them.  But it hasn’t stopped with limiting public speeches.

Last year, after the Newtown tragedy, greater restrictions were demanded for the purchase of firearms by various gun-banning groups backing sympathetic (or pathetic) politicians.  It didn’t matter that none, and I do mean none, of the proposals that were made would have adverted the murder of children or teachers in the school.

But that didn’t matter to the gun-banning crowd.  Several state legislatures including Colorado and New York rammed through legislation with increased gun control measures with the statements that it would make people safer, and would prevent mass murders.  Nothing was further than the truth.

New York’s S.A.F.E. Act was passed in the middle of the night without opposing debate.  It was stated that this law was for public safety, nobody’s rights are being violated, and would not end up in gun confiscation for legal owners of guns.  Now New York City Police are sending out letters to registered owners to turn in their guns.

In Colorado, during a hearing on gun control legislation, then State Senator Evie Hudak …

…told rape survivor Amanda Collins back in March during a hearing about concealed carry on campus that a gun wouldn’t have helped her when she was attacked and lectured her by saying, “statistics are not on your side.” Collins was raped at gun point in a gun free zone in 2007 while walking to her car at the University of Nevada-Reno. Due the University’s no weapons policy, Collins was in possession of her concealed carry permit at the time of the attack, but not her firearm. Her assailant went on to rape two more women and killed one of them, Brianna Denison, who was just 20-years-old.

Hudak has resigned in the wake of two of her fellow Democratic Party colleagues being recalled over their anti-gun votes.

Perhaps there is something to that.  From the comments section of WatchBlog.com:

Some polls of some voters yield dismal 10% ratings for Congress, but it really does not mean much when the majority of voters repeatedly reward Congress with 85%-to-90% re-election rates.

Therefore, the majority of voters must have what they want, since they repeatedly reward Congress with 85-to-90% re-election rates, election after election?

At any rate, the majority of voters have the government that they elect, and re-elect, … , and re-elect, at least, possibly, until repeatedly rewarding failure and FOR-SALE, incompetent, arrogant, and corrupt incumbent politicians with perpetual re-election finally becomes too painful.

So we, the Citizens of the United States, elect and re-elect the same morons that shaft us over and over again.  But really, who are the morons?  And no wonder that the politicians think that the citizenry need taking care of.  They are no longer afraid of the citizens voting them out unless they do something really, really stupid.

And why should government be afraid?  The elected officials keep getting reelected no matter what, the government bureaucrats are not held accountable for much of anything, more and more people are becoming dependent on the government EBT dole cards to live, and personal responsibility & accountably with decency is more of a liability than an asset.

Tom Roland is my pen name for this blog. With that in mind... EE for 35 Years, Two Patents - now a certified PMP. Married twice, burned once. One son with Asperger's Syndrome. Two cats. Conservative leaning to the Right. NRA Life Member.
View all posts by Tom Roland →
This entry was posted in Gun Rights?, Political and tagged 2nd amendment, Freedom of Speech, Freedom of Thought, gun control, Pearl Harbor. Bookmark the permalink.